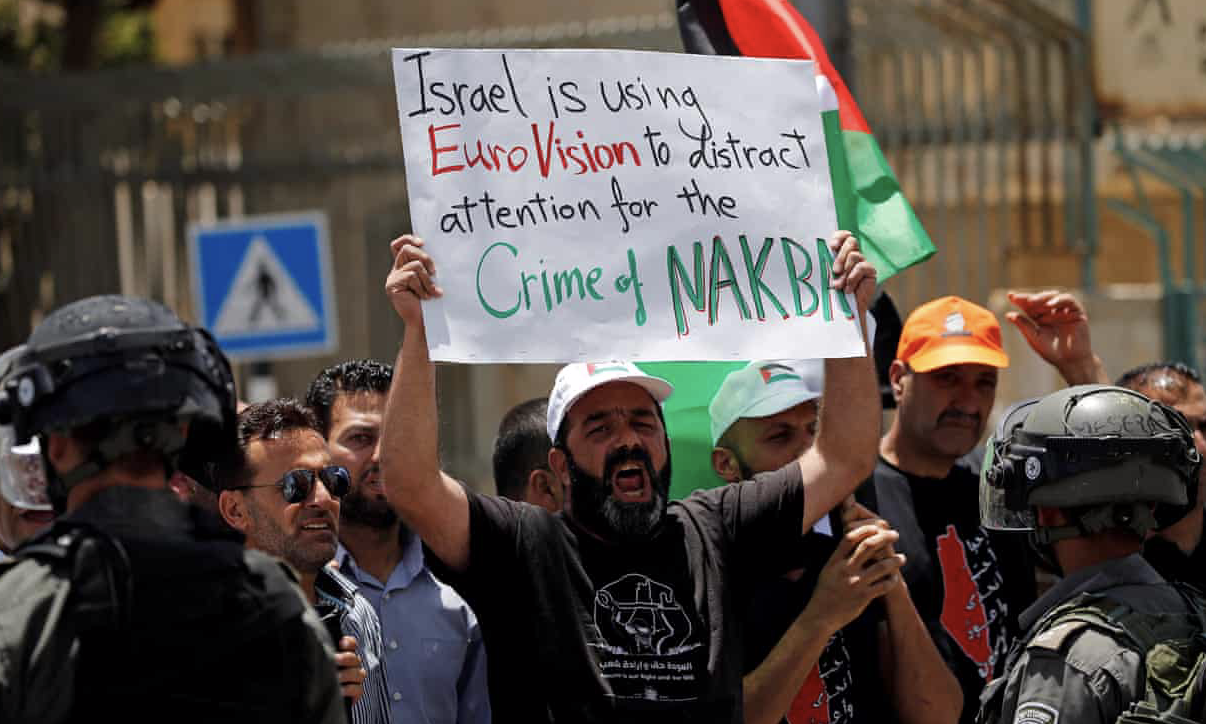 The online stream of the Eurovision semi-finals in Israel was hacked to show warnings of a missile strike and images of blasts in the host city, Tel Aviv.

The website for KAN’s television stations was interrupted on Tuesday evening – just as the competition’s first round was beginning – with a fake alert from Israel’s army telling of an impending attack.

Messages such as: “Risk of Missile Attack, Please Take Shelter” and: “Israel is NOT Safe. You Will See!” appeared on the screen. Animated satellite footage showed explosions in the coastal city. 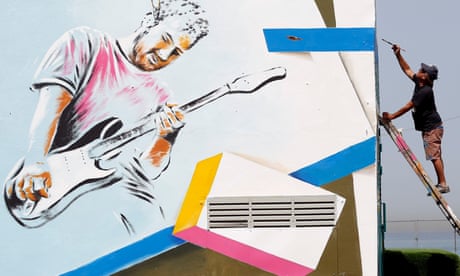 “We know that at a certain stage there was an attempt, apparently by Hamas, to commandeer our digital broadcast,” the chief executive of KAN, Eldad Koblenz, told Israel’s Army Radio.

“But I am happy to say that within a few minutes we managed to assume control over this phenomenon.”

The Palestinian political and militant faction Hamas, which controls the Gaza Strip, did not provide comment. It has not made threats of violence against Eurovision.

Hamas has fought three wars with Israel since taking power in 2007, and has waged frequent attacks during the past year as Israel’s army regularly bombs the strip.

Earlier this month, Hamas and other militants launched more than 600 rockets and mortar bombs into southern Israel while Israel’s air force struck hundreds of sites across Gaza.

The three-day battle killed 23 people in Gaza and four in Israel and was one of the deadliest clashes since the 2014 war, leading to fears of another full-blown conflict before the international music event.

During the fighting, Israel’s military said it had thwarted Hamas’s “offensive cyber capabilities”. It claimed it had used technology to block efforts to “harm the Israeli cyber realm” but also bombed the building used by the group’s hacking unit.

Organisers of this year’s Eurovision have prepared for efforts to disrupt the competition and Israel said it would block activists who wanted to “disturb” the event from entering the country.

The Israeli government’s half-century occupation of the West Bank, discrimination against its Palestinian minority, and its crippling 12-year blockade of Gaza, which it occupied from 1967 to 2005, has led to calls for an international boycott of Eurovision.

So far, at least two musicians playing events around the contest have pulled out, although none of the 41 contestants has withdrawn.

The Boycott, Divestment, Sanctions (BDS) campaign, which accuses Israel of exploiting the event to “whitewash” its treatment of Palestinians, has also demanded Madonna cancel her performance at the final on Saturday.

Campaigners have also been calling for people to temporarily deactivate their Airbnb accounts to protest against listings in Israeli settlements in the occupied West Bank. The firm said last year that it would delist in settlements, which are considered illegal under international law, but reneged on the decision following Israeli pressure.

Eurovision is being held as Palestinians commemorate the Nakba, meaning “catastrophe”, when more than 700,000 people fled or were expelled from towns and villages in the war surrounding Israel’s creation 71 years ago.

Reprinted from The Guardian