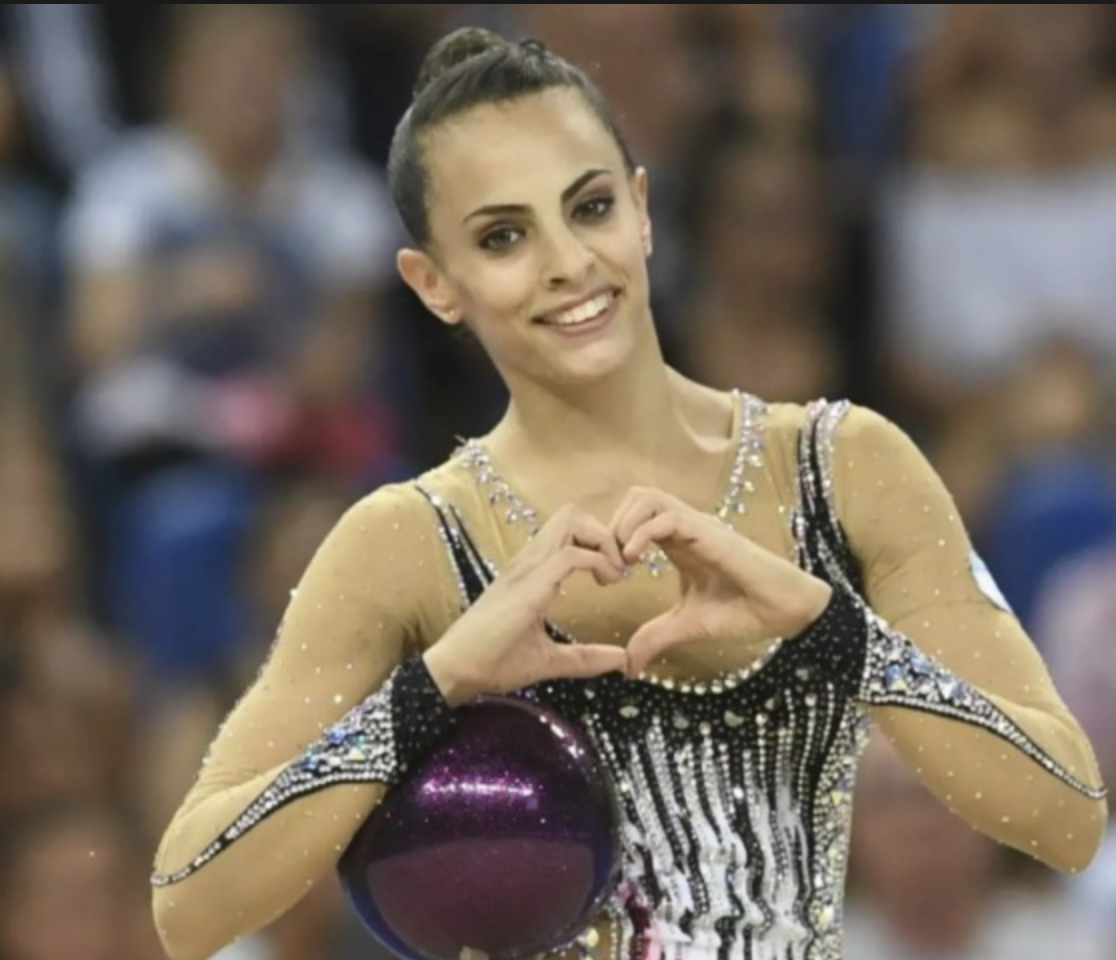 The all-around competition is considered the most important event in the competition, and is the only one to feature in the Olympic games.

Ashram thus improved on her achievement at the 2017 championships, when she won the bronze. Dina Averina of Russia won the gold on Friday, with 81.450 in the four stages of the competition. Ashram received 79.700, and Russian Alexandra Soldatova came in third with 79.150.

“This is an outstanding achievement. You have made all of us proud. You do this with amazing flexibility and great personal ability,” he said, according to a statement from his office.

Israel’s Linoy Ashram performs during the individual all-around final at the World Rhythmic Gymnastics Championships at Arena Armeec in Sofia on September 14, 2018 (AFP PHOTO / Dimitar DILKOFF)
Friday’s medal was Ashram’s third of the competition, after she nabbed a bronze in Thursday’s rope final and a silver in Tuesday’s hoop final.

The athlete’s string of accomplishments make her a favorite to win a medal in the 2020 Olympics in Tokyo.

Last month Ashram broke a world record at the Gymnastics World Cup with a score of 20.65 for her clubs demonstration, surpassing the 20.05 record set at the 2018 European Championships by Averina.

Ashram went on to win the gold medal in that competition, becoming the first person in the history of the Challenge Cup to win two gold medals in one season, after she won a gold in the competition in Spain in May.

Reprinted from The Times Of Israel