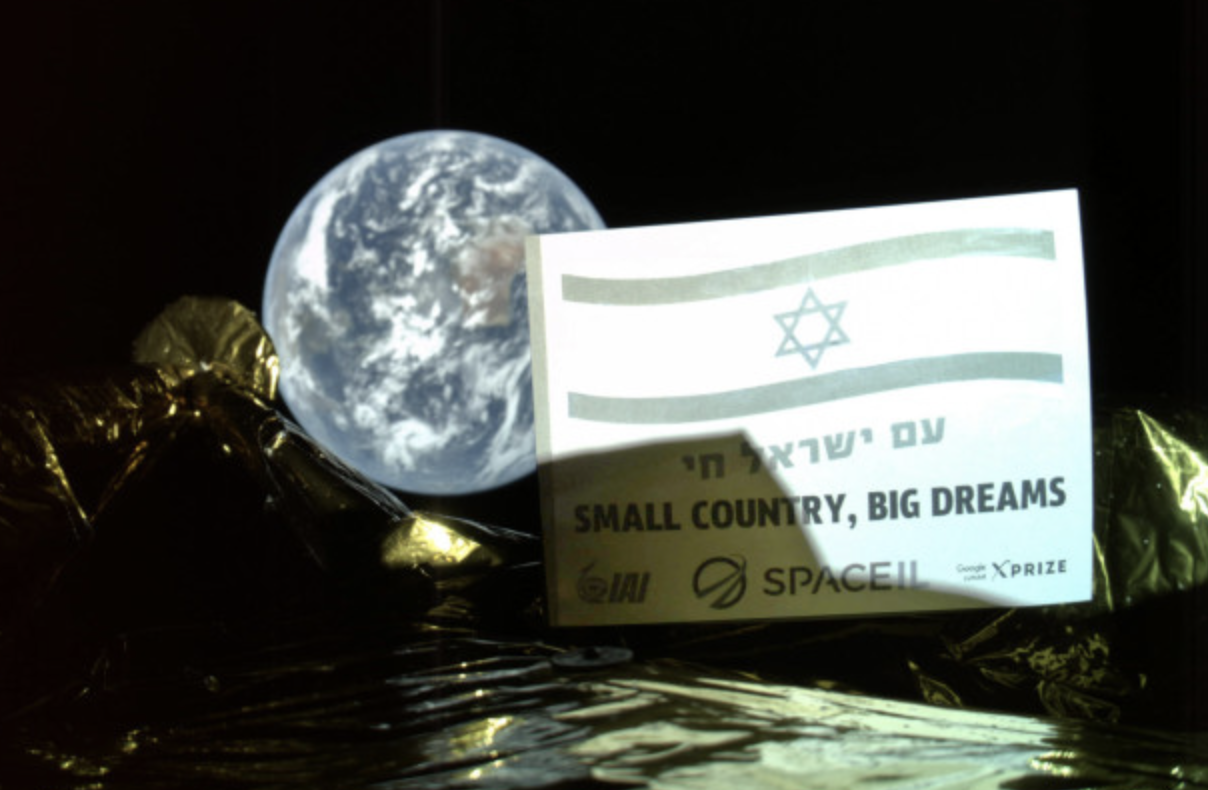 The selfie shows the Southern Hemisphere, and Australia can clearly be seen in the background.

The Israeli spacecraft Beresheet, which was launched off the coast of Cape Canaveral, Florida, two weeks ago on its way to a planned Moon landing next month, took its first selfie in space. The selfie – which was taken some 37,600 km (20,000 miles) away from Earth – shows the Southern Hemisphere, and Australia can clearly be seen in the background.

The image was taken as the spacecraft slowly orbits the Earth for the next month or so, before it will be pulled by the gravitational force of the Moon and the landing process will begin. Beresheet is scheduled to land on the Moon on April 11.

In the image, a plaque that was installed at the front of the spacecraft is seen, featuring the Israeli flag and the message “Am Yisrael Chai” (lit. Long live the Nation of Israel). An additional inscription also reads “Small country big dreams,” a reference to the founder of modern Zionism Theodore Herzl who was noted for his famous quote, “If you will it, it is no dream.”

“I am proud of the decision of the Science and Technology Ministry to be a partner in this project,” Akunis said.