Home / The Real Winner of Eurovision Was Israel

The Real Winner of Eurovision Was Israel 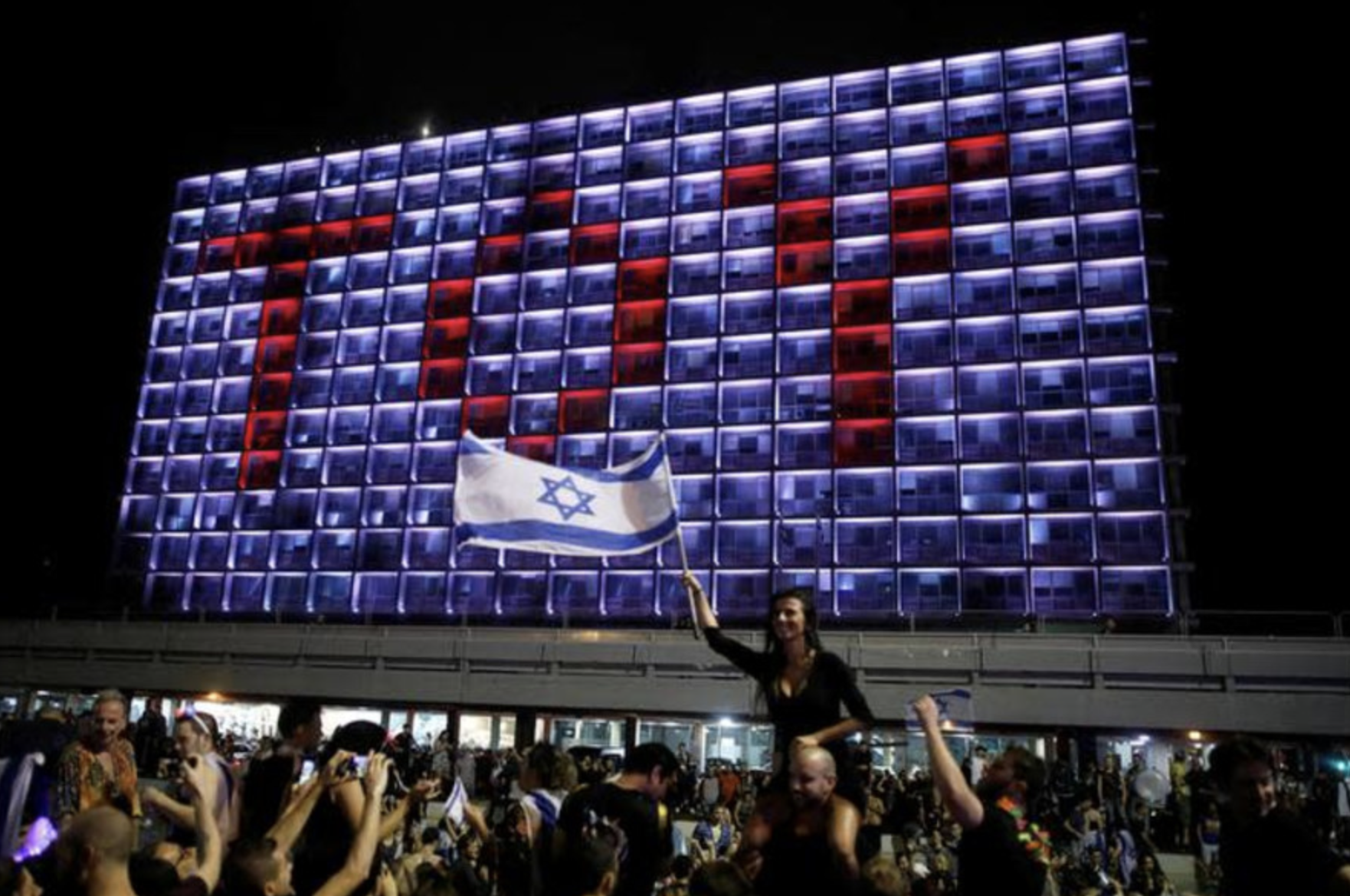 By Michael Dickson
Executive Director, Stand With Us
Israel

Israel’s Eurovision entry barely made a dent on the scoreboard but there’s no doubt that the Jewish State was the real winner of the Eurovision Song Content 2019.

Israel was hosting the competition for the fourth time in history but for the first in twenty years – and in an era where Eurovision is simulcast on YouTube and more and more countries have joined the contest, in an age of instant responses and scrutiny via social media with a global viewing audience that has swelled to 200 million people.

Eurovision is always loud, often garish and I admit to watching some of the songs with the “Mute” button pressed – but to be the host is a big deal and for Israel more than most. It also requires a lot – and Israel more than delivered. When Netta Barzilai triumphantly lifted the trophy last year, questions and concerns loomed: Which city would host? Would the contest be derailed – or even cancelled – by BDS, the anti-Israel boycotters? Could Israel do it and not go bankrupt in the process, or would the whole thing be a disaster?

Israel can feel vindicated on every level.

Tel Aviv was the natural home for camp, party-loving Eurovision with no disrespect to any other city including the capital. Jerusalemites also hosted Eurovision celebrations and the tourism influx was a boon to Jerusalem as it was to Tel Aviv and elsewhere with thousands of visitors converging on the Jewish State. In 2018, tourism was at an all-time high with 4.1 million people coming to Israel, up 14% on the previous year; with the Eurovision boost, 2019 could surpass even that.

And to answer the question of if geographically-small Israel could host a major event, the largest music competition in the world, the answer this week is a resounding: YES. Israel’s national broadcaster, Kan put on a slick, polished, dynamic production. The stage looked every bit as fabulous as previous venues. Outside the concert hall, Tel Aviv’s Eurovision Village was heaving all week and the positivity of the event resounded.

Israel’s win was a slam-dunk defeat for the discriminatory BDS activists. It was a bad week for BDS bogeyman Roger Waters, who has sullen Pink Floyd’s reputation by being mired in Antisemitic scandals, including flying a pig with a Star of David over his concerts. He put out a video pleading with artists to pull out. They didn’t and Roger’s raving mad rant made him look more desperate than he usually does. BDS online videos aiming at promoting a boycott looked pathetic and a credible effort to derail the contest was thwarted at every level, thanks to organizations like StandWithUs and many partner organizations and bodies. When anti-IDF group “Breaking the Silence” tried to sap the upbeat Eurovision atmosphere by putting up a billboard in Tel Aviv advertising their politicized anti-Israel tours, StandWithUs responded with a huge vertical billboard towering over the city’s Ayalon Highway and launched a series of counter-tours showcasing the Israeli need for security and the very real coexistence that takes place every day in Israel.

Meanwhile, the music played on. The Eurovision semi-finals brought the Shalva Band – a band made up of musicians and singers with special needs –  to public attention. Fresh from performing at the national ceremony on Independence Day, Shalva took the Eurovision semi-final stage by storm, performing “A Million Dreams” using Braille and Sign Language. True to their Hebrew name – Shalva – their perfomance brought inner peace to all who watched them and also brought tears to the eyes of the audience and viewers alike – there wasn’t a dry eye in the house. Indeed, for viewers with disabilities, Israel produced the most accessible Eurovision for people with cognitive disabilities, hearing impairment and vision loss that has ever been broadcast. This was the result of an innovative “Hackathon” that took place prior to the competition bringing Israeli brain power to create an impressive, inclusive result.

We witnessed name checks for the upbeat Eurovision song “A-ba-ni-bi” and a medley of the 1979 classic Israeli anthem “Hallelujah” performed by assorted Eurovision all-stars from different countries.

Israel’s humanity was on display. Viewers in their millions got a taste of what the Israeli people are like and in the hosts – Israeli diversity too, hailing from different backgrounds, Arab and Jewish, straight and gay. The truth shone through – that in Israel, quiet coexistence happens every day.

Among the Eurovision celebration of diversity, I hope it’s not lost on millions of viewers that while in Israel people have the freedom to love who they want and be who they are, just miles away, LGBTQ people are persecuted and killed in other Middle Eastern countries. Maybe Israel hosting the competition will urge viewer that we need not to accept that reality.

Eurovision even got biblical as diverse performers sang together under a gleaming Star of David in a beautiful arrangement led by Idan Raichel on stage with the stunning Chagall stained glass windows projected behind them. The event also showcased Israel’s growing international star power. Madonna showed up for Israel, backed up by rapper-of-the-moment, Quavo. Jean-Paul Gaultier and Will Ferrell were in attendance. Israeli stars Bar Refaeli and Gal Gadot shone and presenters Assi Azar, Lucy Ayoub and Erez Tal – well-known to Israelis but less to internationals – more than held their own. 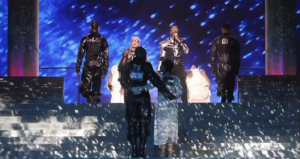 There was a flash of politics – but in an uncontroversial way. When Madonna’s dancers flaunted the European Broadcasting Union’s rules and wore an Israeli and Palestinian flag as they walked arm in arm, the Israeli audience didn’t recoil – they applauded. This showed up the sullen, leather-clad anarchist Icelandic band whose own flag-waving just looked like the stunt that it was. (They had previously challenged Prime Minister Netanyahu to a bout of traditional pants-pulling Icelandic wrestling – he did not respond to the offer.)

As the voting concluded, representatives of countries around the world were wishing their Israeli hosts “Shalom” and speaking so much Hebrew on an international stage as big as this, it gave Israelis watching at home a sense of giddy excitement. Israeli singer Kobi Marimi didn’t come close to taking the competition, but tearing up at the end of his performance on a historic night in Israel earned him a place in the hearts of Israelis and people of goodwill who were watching. His emotions were emblematic of how Israelis are bursting with pride about this event.

Israel is a tiny, plucky (and yes, Netta, clucky) country. Surrounded by mostly hostile neighbors, Israelis love to succeed, to give to the world, to be appreciated & to project that love back. That was the Israel that Eurovision viewers saw. The bar for Israel’s hosting was set extraordinarily high – and undoubtedly, Israel emerged a winner.