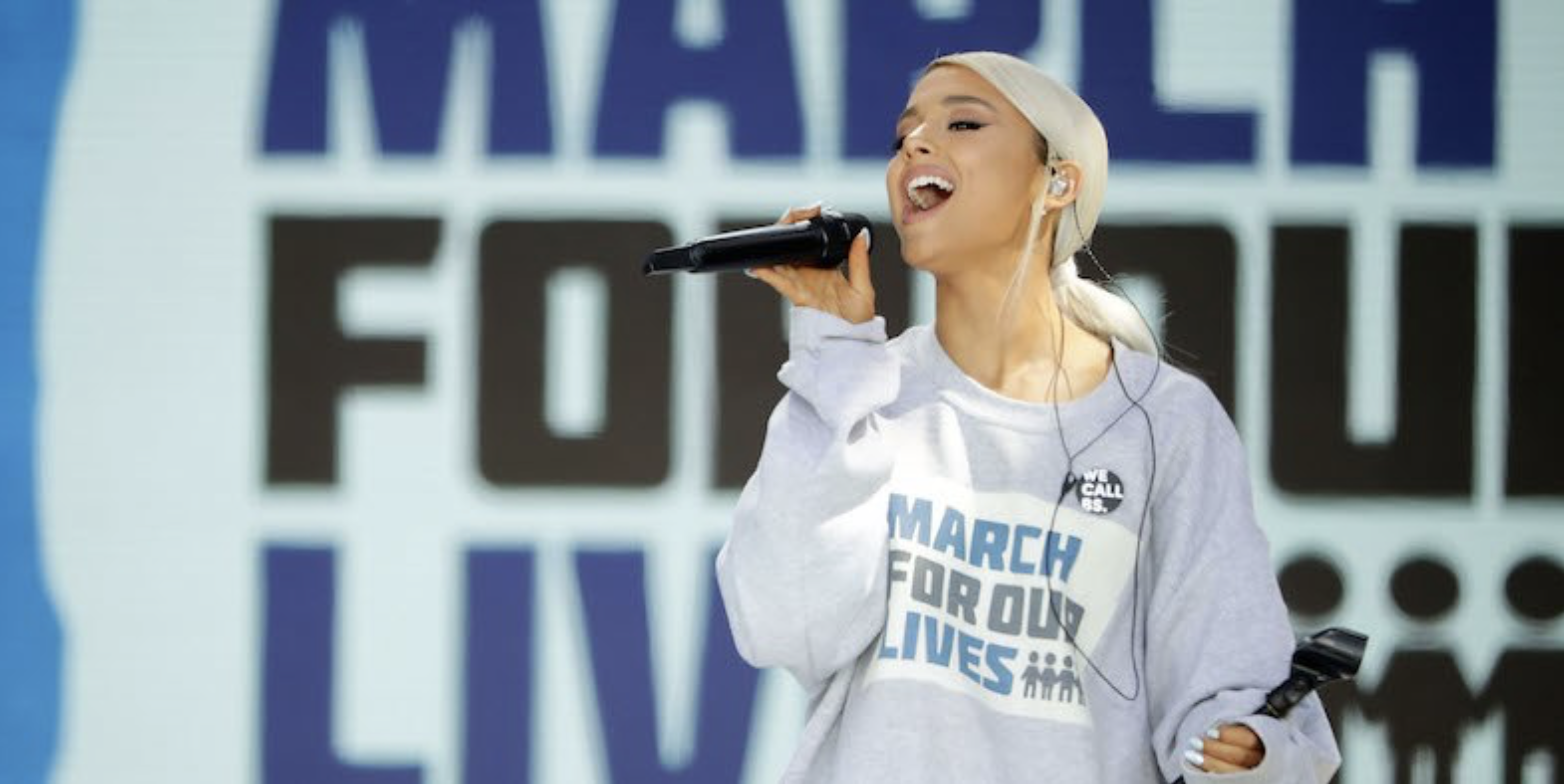 Today, hundreds of thousands of people showed up in Washington, D.C. for the March For Our Lives rally. Organized by the survivors of the recent mass shooting at Marjory Stoneman Douglas High School in Parkland, Florida, the demonstration was a call for gun control reform. Along with moving speeches from student advocates, artists performed in support of the call for action. Ariana Grande took the stage to sing “Be Alright,” while Miley Cyrus delivered her 2009 track “The Climb.” Common joined Andra Day to share their Grammy-nominated track “Stand Up for Something.” Watch their performances below. Vic Mensa, Demi Lovato, Lin-Manuel Miranda, Ben Platt, and Jennifer Hudson also took the stage.

Over 800 sister March For Our Lives rallies took place across the nation. Paul McCartney was one of the supporters at the New York rally—in an interview, he referenced the shooting death of his former bandmate John Lennon. R.E.M.’s Michael Stipe showed his solidarity with a snippet of a new solo song called “Future, If Future” dedicated to the anti-gun violence movement.