Home / WTF?? 25% of Europe Is Anti-Semitic According to CNN

WTF?? 25% of Europe Is Anti-Semitic According to CNN 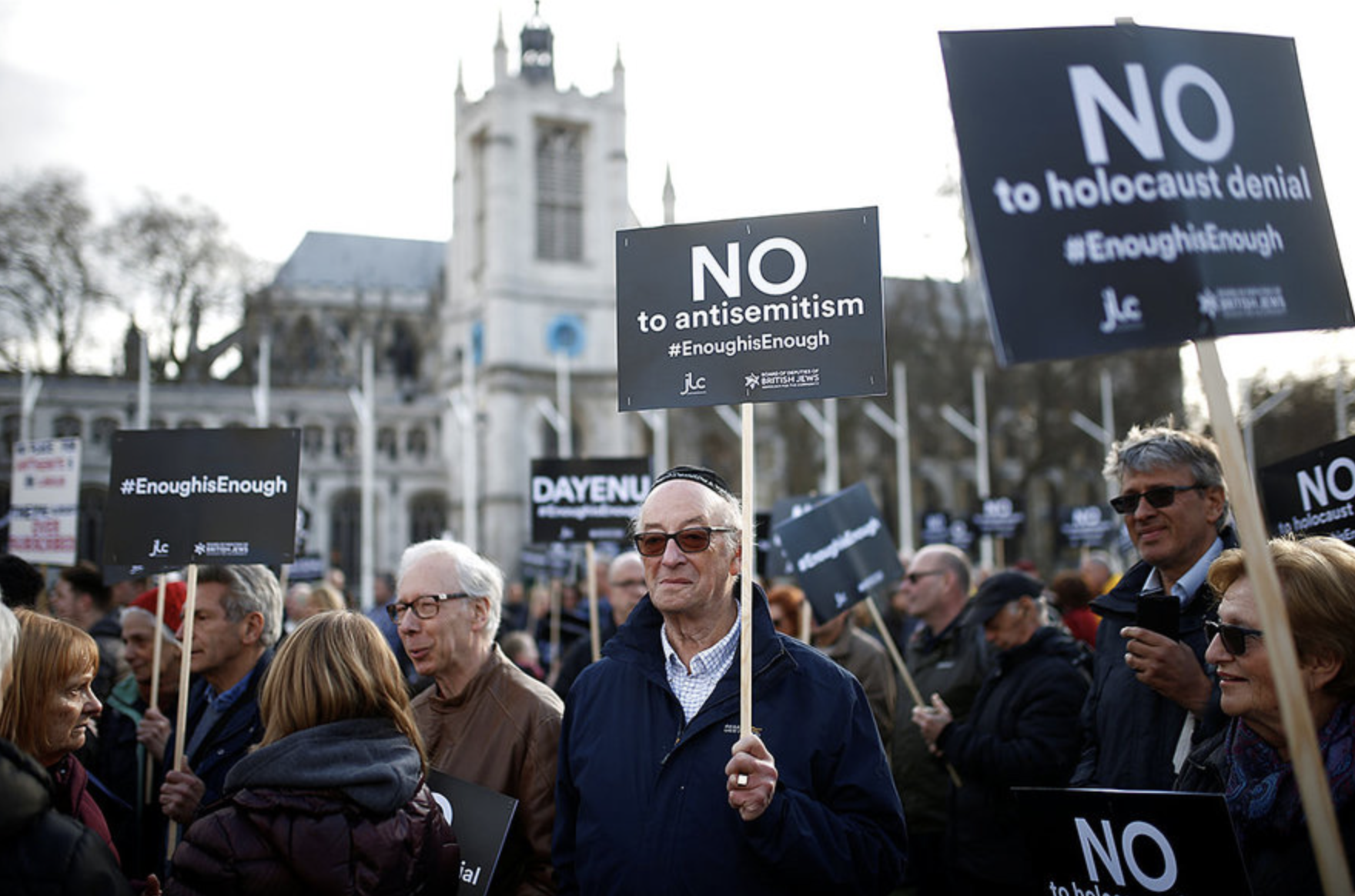 Today, CNN released a sweeping survey of European attitudes towards Jews, based on responses from thousands of individuals across seven countries. The findings are both horrifying and utterly unsurprising to anyone who has followed the last decade of research on the subject. Essentially, one quarter of respondents espoused textbook anti-Semitic views:

Then again, 34 percent of Europeans polled told CNN that they knew “little or nothing” about the Holocaust, so their ignorance of virulent and widespread European anti-Semitism before Israel is perhaps less surprising.

These numbers are bad enough on their own. But they do not paint the whole picture, which is substantially worse for European Jews and Jewish life. To understand why, consider this analogy: Imagine you knew that 1 in 4 passengers on airplanes were profoundly prejudiced against people like you, and prone to verbal and physical harassment against your community. You’d probably stop flying on airplanes for the most part, and try to disguise yourself as much as possible when compelled to do so. For many European Jews, the airplane is the European continent, and this has been their everyday situation for some time. As a result, shocking numbers of European Jews conceal their Jewishness in public, and many have left Europe entirely.

And we’ve known about this for some time.

In 2013, the European Union’s Agency for Fundamental Rights conducted its own in-depth survey of European anti-Semitism. Crucially, they did not simply poll non-Jews, but asked Jews about their own experiences of anti-Semitism. The findings were disturbing. Nearly 40 percent of European Jews said they feared to openly identify as Jewish “all the time” or “frequently,” including 60 percent of Swedish Jews, 51 percent of French Jews, and 45 percent of Belgian Jews. A new survey released yesterday found that 43 percent of Dutch Jews similarly hide their Jewish identity. In her analysis of CNN’s findings, the channel’s chief international correspondent Clarissa Ward stumbled on more evidence of this phenomenon, writing, “A happy life is a hidden life, we were told again and again by French Jews who refused to appear on camera.”

This self-protective concealment extends beyond Jewish people to Jewish institutions. Anyone who has ever been to Europe knows that synagogues are frequently unmarked and typically encased within extraordinary layers of draconian security, both of which make them far less accessible and welcoming than their North American counterparts.

In other words, anti-Semitism has had a massive chilling effect on Jewish life in Europe, beyond the already ugly numbers of actual anti-Semites.

That’s just among those Jews who have remained in Europe itself. Understandably, other Jews have chosen to abandon the airplane entirely. According to statistics compiled by the Pew Research Center in 2012, “Jews have by far the highest overall level of international migration,” much of it thanks to their exodus from Europe. Pew records 290,000 Jewish emigres from Ukraine, 270,000 from Romania, and 190,000 from Poland. (That’s in addition to 740,000 from Russia, which Pew categorizes as European.) In the years since Pew’s report, thousands more have left France, in the wake of the country’s burgeoning and violent anti-Semitism. The upshot: in 1945, following the Holocaust, there were 3.2 million Jews in Europe. In 2010, there were 1.4 million.

Unsurprisingly, the vast majority of migrant Jews recorded by Pew moved to Israel (2.7 million), America (370,000), and Canada (140,000), all countries with far lower levels of historical and contemporary anti-Semitism.

The sad truth is that none of this is new. As indicated by the dates on the surveys cited above, these trends have been apparent for years. But most people and their governments have looked away as Jewish life and populations in Europe have gradually but substantially eroded. None of this is to say that there isn’t vibrant Jewish life across Europe today–far from it, as anyone who has walked the streets of London’s Golders Green or attended services at Aurora in Budapest can attest. But the existence and resistance of proud Jewish communities from Greece to Hungary to France in the face of anti-Semitism should not blind us to the sobering long-term effects of that anti-Semitism.

It’s easy to lose sight of these concerns in the current moment. American Jews have their own array of extraordinary problems to deal with at home. But if they are at all concerned about the future of diaspora Jewish life abroad, the time to speak up is now.