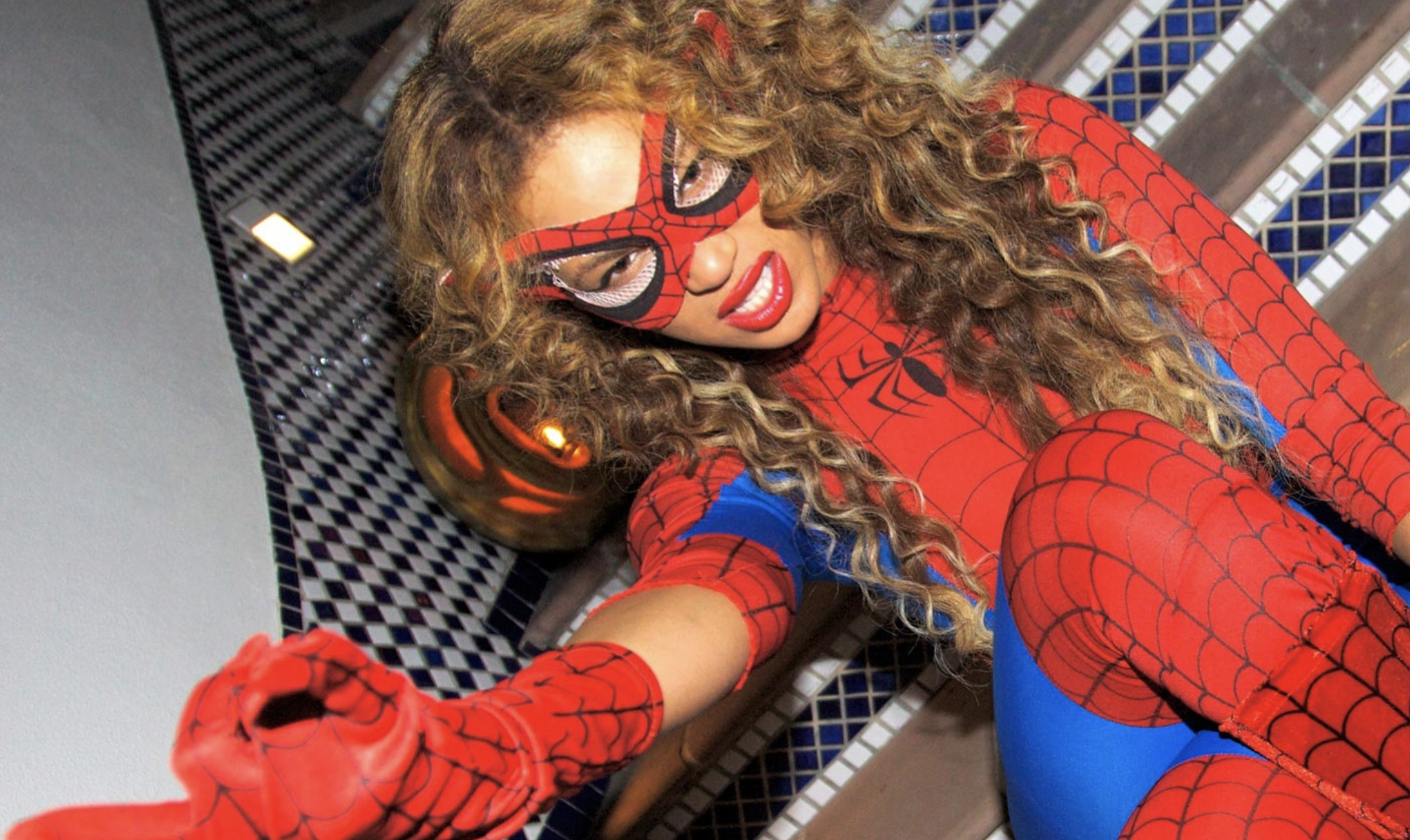 Growing up, Beyonce was a superhero to rabbinical student Jonah Sanderson.  More so than Superman or Spiderman, our student advisor and rabbinical intern at Temple of the Arts was following a unique path that many teens will relate to.  Jonah’s take on issues that impact Jewish teens offers a refreshing approach, and we welcome him to The Dreidel! – Editor

Growing up as a rambunctious child, I was never into superheros. Being born at the turn of the new century, I thought that all of these things were for my parents, not for someone born in 1988. My father used to pretend he had a bat cave during his childhood. I was much more content following Beyoncé then I was following the new Superman movies. Now, Beyoncé might have been my childhood superhero-celebrity crush but all that changed when I entered rabbinical school. It was then that I started to fully grasp anti-Semitism. It was then I that understood what God wanted from me, to live my life as a centrist superhero.

Now, I am not this wacky 30 year old suddenly claiming that God spoke to me. What I mean to convey is, after doing inner reflection, I came to find my inner purpose. We are living in a very scary and uncertain time. We have extreme views coming from the far ends of both spectrums. All of this is wreaking havoc on our fragile young people in high school and college. Daily news only shows one side of the story depending on what news you watch, if the news hasn’t already drained you.

Students go off to college  at seventeen and eighteen and they suddenly find themselves in a vastly different world. Universities have been known as a bastion of free ideas and free speech. Due to not having a fully formed frontal cortex, small numbers of young people do not know how to process ideas heard from professors, these small groups have a large voice. That becomes a challenge because it leads others to believe some of the hateful rhetoric about Jews and Israel.

My solution for young people is to place themselves in the middle of everything, even if that makes you uncomfortable.

The thing about anti-Semitism is that it makes you take a side. You’re either disgusted by what you hear, or you might agree with a small point within a larger issue but not the whole issue. Let me be very clear about where I believe our number one challenge lies. We as Jews living in America can and should question Israel’s polices so we can advocate for better unity. Doing so is healthy and in the case of Jewish prayer at the Wall or the Conversion Bill, we non-orthodox Jews must speak out! What becomes harmful is when we are taught to question our right to have a state or be Jews in the first place. That is how we breed responsibility for the antisemitism we now face daily.

As a superhero, two issues that I fight for are: radical inclusion for victimized populations within Jewish life and radical inclusion of the non-orthodox population within Israel. Fighting for these for nearly a decade has taught me to remain balanced and to walk softly but carry a big stick. Too many young people feel that they have to be loud and in your face when it comes to trying to unite our fractured community. My truth is just the opposite, by banding together in a quiet behinds the scenes manner we can include all Jews including those with special needs and in the LGBTQ community. We can also have a say in changing harmful polices within Israel like egalitarian prayer and the conversion bill.  This will send the right message to the world at large.  NO MORE ANTI SEMITISIM.

By looking at these issues from a more nuanced view point, we do two things. We learn to advocate for our values without alienating others, and lastly, we make being Jewish amazing! A place for all super heroes, especially the centrists.