EXCLUSIVE! The Spirit of Tzedakah Lives In 15 Year Old Activist 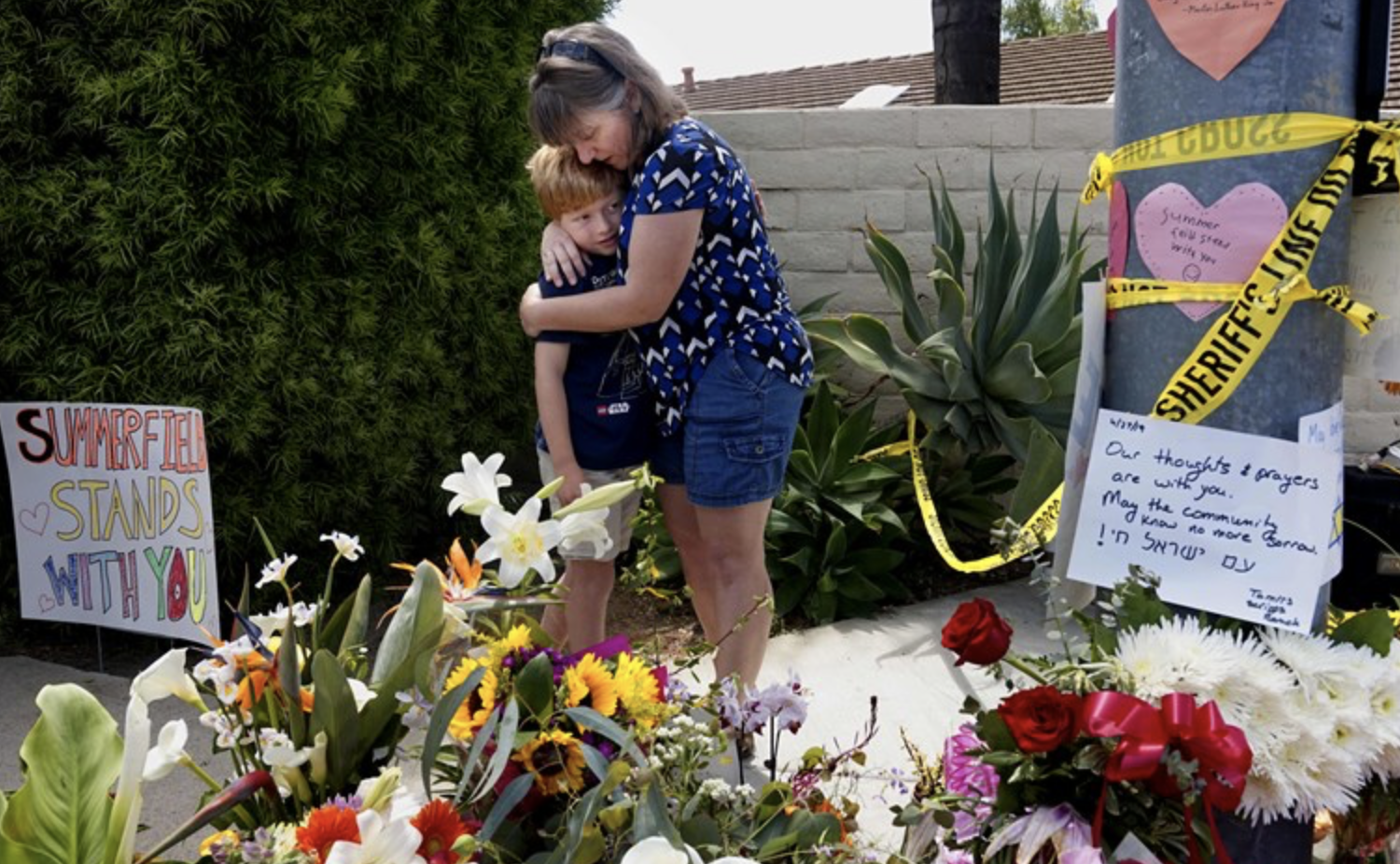 You probably wouldn’t give 15 year old high school freshman Cameron Newman a second look if you passed him on the street.  This unassuming young man doesn’t wear a cape, he can’t leap over buildings, and I’m pretty sure that he’s from Earth and not Krypton.  However, if you judge super heroes like I do – by their selfless service to humanity, then Cameron would fit right in with the Avengers.

If you don’t know Cameron, it’s by design.  Cameron is defined by the work that he does, and that work is calming the waters in Poway, California, where the Chabad Congregation Synagogue just suffered the horrors of an active shooter that took the life of Lori Kaye, the index finger of Rabbi Yisroel Goldstein, the innocence of 8 year old Noya Dahan, and the comfort level of every Jew who thinks they are ‘safe’.

The Dreidel:  We are amazed at what you’ve been able to accomplish with the Poway Chabad Congregation.  Where is the fund at right now?

The Dreidel:  What made you decide to get involved?

Cameron:  It’s of course terrible when these tragedies happen, but worse when someone can’t do anything about it.  So I thought at the very least (and I got a lot of criticism that it was done on Shabbat) that there should be something set up when the Rabbi came out of the hospital.  I wanted to show him that there are people who do care, and that we stand in solidarity with him.

The Dreidel:  Did you get any input from your parents, or is this something that you did entirely on your own?

Cameron:  I did this completely by myself.  I’m not sure that they were completely aware of what I was doing.  I told them ‘hey, I’m going to do this GoFundMe for the synagogue, I think it could really be helpful for them’, and they said ‘yeah, okay’ – and I sorta took it upon myself and got it done.

The Dreidel:  Have you ever set up a GoFundMe program before, or is this your first one?

Cameron:  No, this is my first one.

Amazing.  I was trying to get a sense of what made Cameron tick.  As a precursor to his proactivity, what was there in his life that supported this amazing sense of ‘tzedakah’.  Cameron had told me that he considered himself a conservative Jew, hence the hesitation to undertake such lofty goals on Shabbat.  I asked Cameron what his interests are:

Cameron:  Well, you know I’m really into Israel and the ties between Jews and the diaspora in Israel.  But on a secular note I like working out, and business.

The Dreidel:  Have you heard from anyone from the Temple?

Cameron:  I spoke to Rabbi Goldstein’s son Mendel.  We talked or like 10 or 15 minutes where I apologized for what they had been through*.  He was grateful for the GoFundMe, and I’ve been trying to get in touch with Rabbi Goldstein himself, because as they days go by, people forget about the news, but the loss doesn’t go away.  I thought it would be powerful for Rabbi Goldstein to do a video for the GoFundMe donors.

I was imagining all those who were trying to reach out to Cameron, and I didn’t want to keep him any longer.  Something that he said, I asterisked it a few sentences back, and I want to explore a very powerful thing that Cameron said.

There was no doubt that Cameron would be effective in this drive and future endeavors, because of something he said, that I asterisked a few sentences back.  Cameron expressed that he ‘wanted to apologize for what they had been through’.

Empathy.  A condition that connects us to whoever is in need.  Cameron has weaponized empathy.  In Cameron’s hands, empathy is a unifier.  As fractured as we are when it comes to politics, the ability to unite over our inclination to be of service is more powerful than any divide.

The Poway shooter did not ask us who we voted for.  The fact that he was in a synagogue, picking off Jews, should be a lesson to all of us about what defines us.

Thanks Cameron.  We look forward to following your arc as a humanitarian.  You did all of us proud, and somewhere in Poway is a young 8 yr. old Israeli girl who knows, because of you, that the scars of the shrapnel that marred her innocence is being taken care of by you.  And you are one of us.

Please donate to the synagogue here.