One Jew’s Connection to Notre Dame 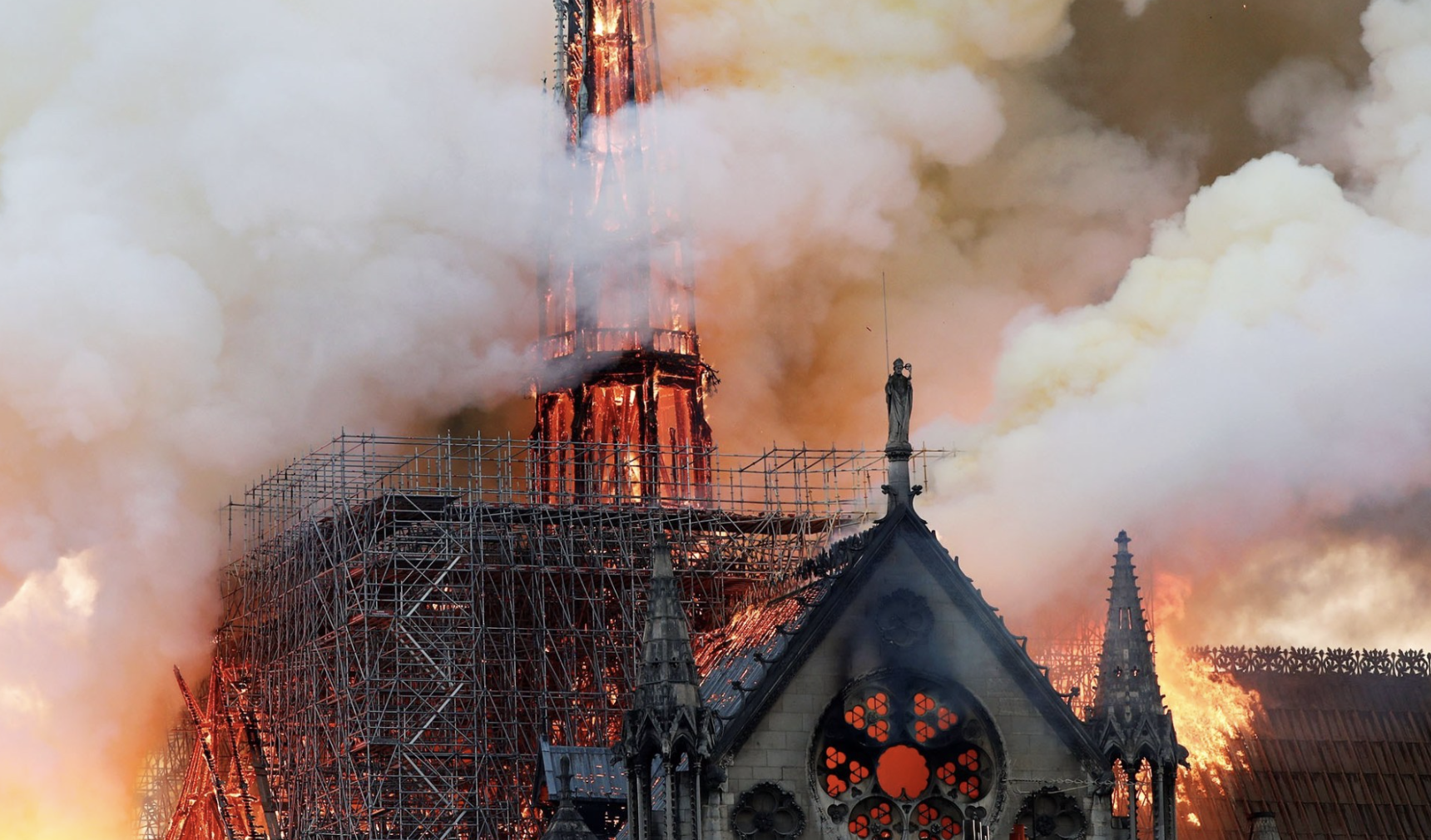 Watching Notre Dame burn yesterday was a sad experience for me.  On one level, I felt bad for the faithful who had gathered outside, their collective voices singing Ave Maria while burning embers fell and skittered along the pavement at their feet.  Empathy – our capacity to show understanding for the challenges of others is one of the things that defines Judaism.  However, what was most significant were my own remembrances of the power that I felt when I visited Notre Dame as a college student many years ago.

I had a part-time job where I would take recent European tourists, who had purchased a Mercedes Benz from the factory in Stuttgart, to the docks in Long Beach, CA to retrieve their Mercedes after shipping it home.  Back then, you could save a bundle by purchasing a Mercedes from the factory.  That way, you also had a car for driving around Europe.  I would ferry the purchasers to the docks to meet their Benz, help them with the customs paperwork, arrange for the Benz to be smogged, and then send them off on their merry way.

They called this the ‘European Delivery Plan’, and it was indeed a plan to scoop up a Mercedes on the cheap, and then re-sell it in California.  Many people sent emissaries to purchase Mercedes in the name of those who had already reached their purchasing limit.

One day, my boss said ‘Richard, how would you like to go to Germany and buy a Mercedes for me?’  I jumped at the chance because it was to happen during winter break, and I could spend a couple of weeks bumming around Europe.  No, not driving the Mercedes.  I was to take it from the factory to a dock in Germany, and bid it farewell.

I took the train to Paris, looking forward to walking the fabled streets and eating the rich food.

I remember distinctly the cold morning that I walked from the cheap Parisian hotel that I booked into, to Notre Dame.  The Art History classes that I slept through were about to come alive.  I remember standing before the imposing gothic edifice, looking up at the parapet festooned with sculpture (I thought they were goblins looking down at me, disapprovingly), and that huge circular stained glass window.

“What is this Jew gonna do in there?” I thought to myself, and then entered this marvel of architecture that was inspired by faith.

An overwhelming feeling that I couldn’t describe washed over me.  I walked through the cathedral in awe.  So much history transpired within its walls.  I stood where Napolean was coronated.  I imagined what it was like to be huddled within its comforting confines during the French Revolution.  I closed my eyes and soaked up the celebration of the liberation of Paris from the Nazis.  So many baptisms, so many funerals.  I felt as if I were in a time machine, and I was!

I needn’t have been a follower.  I did not have to subscribe to Catholicism to appreciate the iconic nature of this building.  I had great respect for the art – depicting Jesus Christ.  He wasn’t my guru, but the sensitivity and love

translated in the artwork filled my heart.  I was reminded of this a couple of years ago when I shadowed the faithful along the stations of the cross when I walked the Via Dolorosa in Jerusalem.  It was Palm Sunday, and an extremely emotional experience.

It’s like watching a parent dote on their child.  It’s not my child, but why do I internalize a blessing for them both?  Why do I admire the care and compassion that others show for others?  We don’t have to be part of the scene to admire the actors in the scene.

Is it any wonder that we are all brothers and sisters?  Is it any wonder that this Jew felt a connection to Notre Dame and to the people who were singing hymns in the shadow of the burning cathedral?  I would wager a bet that those who were standing in reverence, watching their church burn, were not those who hate others because of their religion.

I think it’s safe to say that we all grieve for Notre Dame, and we all look forward to having it re-built and returned to its prominence in the spiritual lives of the faithful.  We don’t have to believe to embrace our Christian, Catholic, Buddhist and Muslim brothers and sisters – we only have to believe in ourselves, and our capacity to reach out – empathetic and concerned for others.

We fight anti-Semitism through acts of kindness and care for others.  We aren’t all Jews, but we are connected.  Once this is realized by all, then we can move on from the fight against anti-Semitism.  The architects of Notre Dame would not have it any other way.