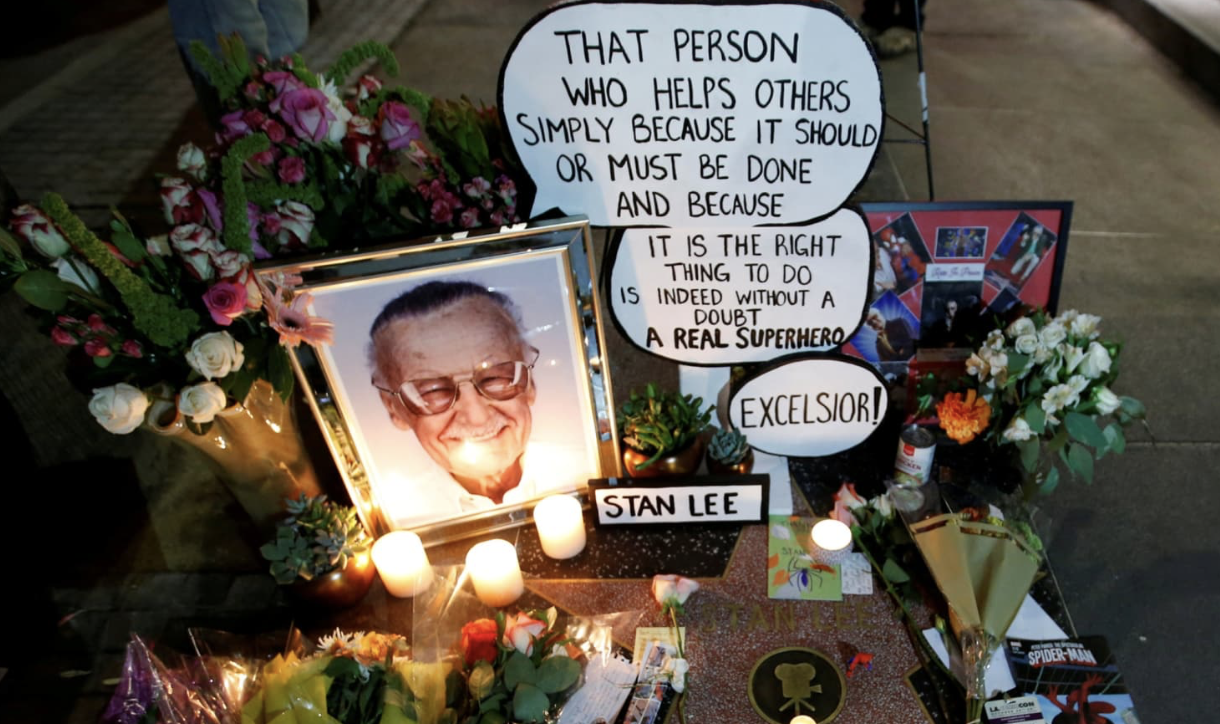 We all know Spider-Man’s wise and somber mantra “With great power comes great responsibility.” But is it also a biblical quote?
Sounds like a good question for a rabbi. And this was in fact the semi-serious query Rabbi Simcha Weinstein had to field from none other than Stan Lee – the comic-book legend who co-created Spider-Man and came up with Spidey’s motto, and who died Monday at 95.

“He felt he had pulled it right out of the Bible; he half-jokingly asked me if it was in there,” recalls Weinstein, a New York City-based rabbi who also writes books about comics and their link to Judaism. “I jokingly responded that it must be in one of the commentaries.”

Lee might have been off the mark with the origins of his friendly neighborhood Spider-Man’s mantra. But the anecdote does highlight the subtle but strong influence of Jewish culture and thought on some of the most enduring characters he helped create for Marvel Comics over a near 80-year career. 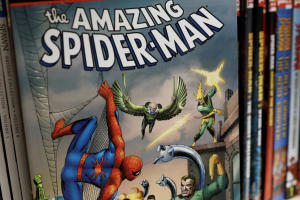 Only a few of Lee’s superheroes were overtly depicted as members of the tribe. But whether it is Spider-Man’s nebbish adventures, the Fantastic Four’s kvetching or the X-Men’s fight to survive as an oppressed minority, most of Lee’s characters somehow reflect the hopes, ideas and foibles of American Jews in the mid-20th century, experts say.

“He didn’t do this purposefully, it was just his frame of reference,” says Weinstein, who interviewed Lee for his 2009 book “Up, Up, and Oy Vey! How Jewish History, Culture, and Values Shaped the Comic Book Superhero.”

“His worldview was shaped by the Jewish immigrant experience, and he certainly injected his characters with a Jewish worldview,” says Weinstein.

Stanley Martin Lieber was born in New York City in December 1922, into a working-class family of Jewish-Romanian immigrants. An avid bookworm and aspiring writer throughout his childhood, at age 17 he got a job at Timely Comics, an early comic-book publisher that would later morph into Marvel Comics. Starting out by filling inkwells and fetching coffee, he quickly rose through the ranks to become a writer, and by 1941 was appointed editor-in-chief. After serving three years in the U.S. Army during World War II, he returned to his old position.

In the 1960s and ’70s, Lee spearheaded the birth of iconic characters like the Fantastic Four, Spider-Man, the Hulk, Iron Man and the X-Men. He is widely considered one of the defining figures of the so-called Silver Age of Comic Books, which saw the introduction of more complex, often tormented, characters, unlike the flawless and one-dimensional heroes of yore like Superman or Captain America.

It’s no secret that Jews played an outsize role in the birth of the comic-book industry, largely because anti-Semitism made it difficult for Jewish writers, illustrators and designers to find employment in more prestigious sectors like advertising or the mainstream media.

Most of the world’s most beloved comic book superheroes were created by Jews, including Superman, Batman and Captain America – who famously punched Hitler on the cover of his first issue, published months before the United States entered World War II.

“The people who created these superheroes in the ’30s and ’40s were aware of what their families were going through in Europe – or what they had gone through in the past – and their creations reflected their aspirations for justice, equality and empathy,” says Arnold Blumberg, a professor of English and writing at the University of Maryland.

While Superman already reflected very Jewish themes like immigration and having to hide one’s real identity, this orphaned hero from outer space did “come off as a very self-assured white guy,” says Blumberg, who also teaches courses on comic-book literature and the Jewish history of comic-book heroes.

With Lee’s work, the Jewish themes contributed to creating deeper and more humanized characters, he says.

“His superheroes are often conflicted, troubled or oppressed, but they still fight for the disenfranchised and they care for the other and the downtrodden. All these are distinctly Jewish traits and values,” says Blumberg.

Some of Lee’s characters received an explicit Jewish background only decades after their creation. These include The Thing, aka Ben Grimm, from the Fantastic Four, and the tragic X-Men antihero Magneto, whose origin story presents him as a Holocaust survivor. Although this has never been explicitly stated, some have gone as far as identifying Peter Parker (Spider-Man) as Jewish thanks to his neurotic, guilt-ridden and nebbish personality.

“He’s got all these powers but he’s so nerdy, and he has all this trouble with getting a job, paying the rent – he’s almost a Seinfeld with webbing,” says Weinstein.

Other fans and experts scoff at this identification, though, calling it stereotypical.

“Jews don’t have a monopoly on being nebbish or nerdy or intellectual,” says Arie Kaplan, author of “From Krakow to Krypton: Jews and Comic Books.” Kaplan, however, does see a Jewy aspect in Spidey’s sense of humor and particularly the one-liners he spouts while fighting the villain du jour.

“One thing that Stan Lee brought to his superheroes was their sense of humor, they didn’t take themselves too seriously,” Kaplan says. “Spider-Man’s specific sense of humor is very reminiscent of Borscht Belt humor; his jokes are very similar to those Joan Rivers or Henny Youngman would be making at the time.”

That humor, he notes, has become a signature feature of Spider-Man and other Marvel characters in their hugely successful transition to feature films. (Lee, of course, would famously contribute cameos to all of his Marvel characters’ movies.)

Another aspect of Lee’s work that connects to Jewish values – particularly those of progressive Jews – is characters who served as metaphors for victims of anti-Semitism or racism, such as the oft-persecuted mutants of the X-Men comics. He was also among the first to create African-American superheroes such as Black Panther, who appeared in comic-book form in 1966 and whose first feature film is the highest-grossing movie of 2018.

“Back then, you didn’t see a lot of black people portrayed as positive characters, and the Black Panther bucked a lot of stereotypes” Kaplan says. “He was depicted as strong and smart, as a scientist and leader of Wakanda – an African nation portrayed as the most technologically advanced country in the world.”

Lee himself summed up his relationship to Judaism and its influence on his work in a 2003 interview with Kaplan. “To me you can wrap all of Judaism up in one sentence, and that is, ‘Do not do unto others…’” he said. “All I tried to do in my stories was show that there’s some innate goodness in the human condition. And there’s always going to be evil; we should always be fighting evil.”
skip – Stan Lee tweet

Blumberg, the Maryland professor, says there is something tragic and significant in the fact that Lee died mere weeks after an anti-Semitic gunman killed 11 worshippers at a synagogue in Pittsburgh.
Blumberg notes that the attacker was apparently motivated by Jewish outreach toward refugees and openness to the other – those same liberal Jewish ideals infused into Lee’s superheroes.

“These characters represent values that are under severe attack in the United States today – values of understanding, embracing one another and fighting hatred,” he says. “We need to teach those lessons all over again. The work of Stan’s superheroes is not done.

By Ariel David
Reprinted from Ha’aretz