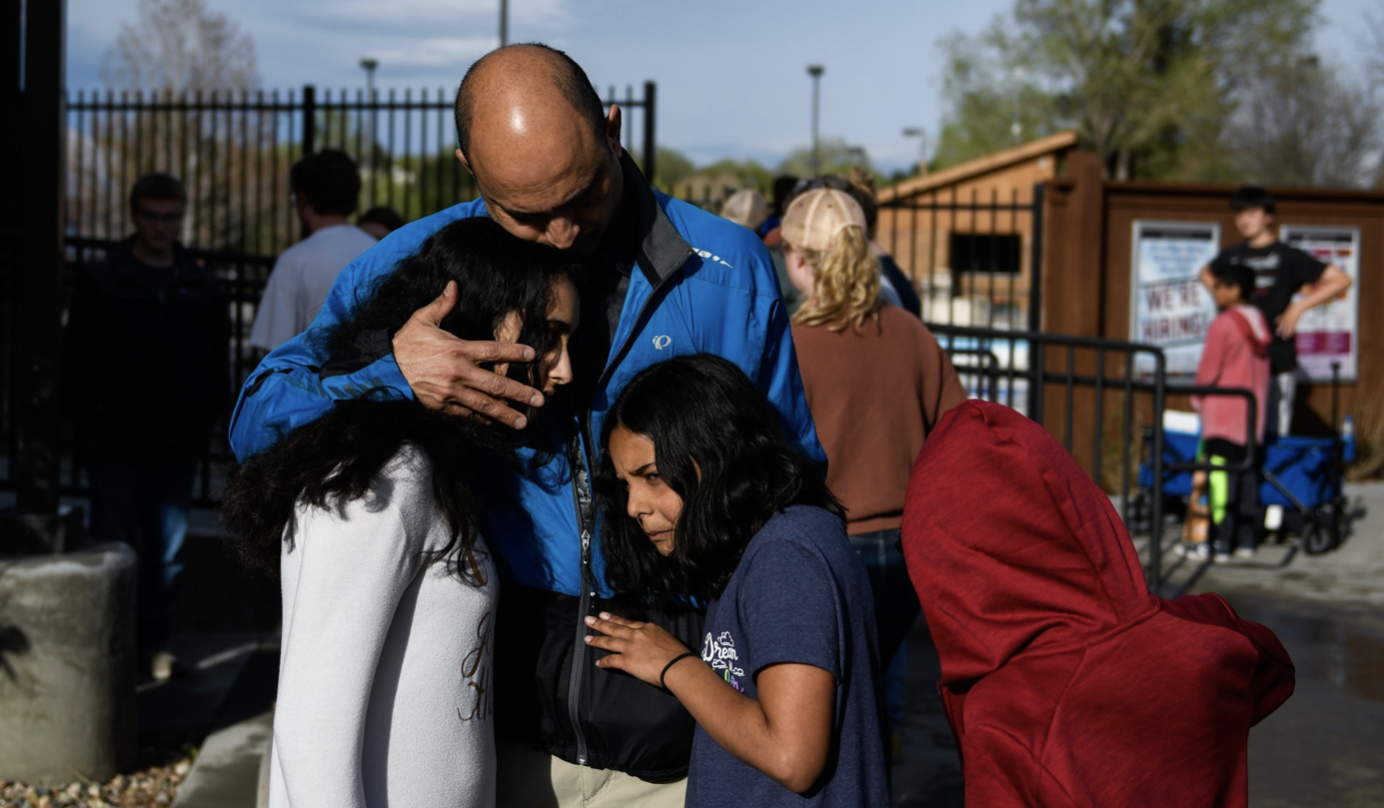 The year isn’t even half way through, and yesterday we had the thirteenth school shooting of 2019.  We had hardly turned our attention away from the Poway Hillel Congregation synagogue shooting, when once again we are confronted with gun violence against innocents.  Although The Dreidel strives to be a-political (and sometimes this is very difficult), we must demand that our government re-think its policy on the ownership of automatic and semi-automatic weapons.  We are losing the war against gun violence.  We urge each and every one of you to become aware of where the exits are.  We will re-link you to our article on how to protect yourself during a live shooter confrontation. – Editor

HIGHLANDS RANCH, Colo. — Last month, as the 20th anniversary of the Columbine High School shooting approached, STEM School Highlands Ranch joined hundreds of schools near Denver in closing temporarily amid security concerns. The anniversary came and went, and schools returned to their routines.

But on Tuesday afternoon, the STEM school’s worst fears were realized when nine of its students were shot, one fatally, and two fellow students were being held as suspects.

“We know two individuals walked into the STEM school, got deep inside the school and engaged students in two separate locations,” Sheriff Tony Spurlock of Douglas County said at a news conference.

PLEASE READ:  HOW TO REACT WHEN THERE IS AN ACTIVE SHOOTER

At 6:45 p.m., about five hours after the shooting, the Douglas County Sheriff’s Office released a statement confirming that one of the nine who had been shot, an 18-year-old man, had died.

Late Tuesday night, the sheriff’s office identified one of the suspects as Devon Erickson, 18, but said it would provide no further information about him because “we still have interviews to conduct and we want to make sure we have the most accurate information.”

Police tape was strung up outside the prim brick suburban home where neighbors said Mr. Erickson’s family has lived since the late 1990s. A next-door neighbor who declined to be named described him as a quiet young man who sometimes deflected eye contact and played several musical instruments.

“I can tell you that there were shots fired,” he said. “Our officers went in and engaged the suspects. We did struggle with the suspects to take them into custody.”

Sheriff Spurlock said neither suspect had been on law enforcement’s radar before the shooting and that the motive was unknown.

The sheriff said the injured students were age 15 or older.

Students who were not injured were taken to Northridge Recreation Center in Highlands Ranch, where hundreds of anxious parents gathered to look for their children on Tuesday afternoon.

“I heard a gunshot,” said Makai Dixon, 8, a second grader who had been training for this moment, with active shooter drills and lockdowns, since he was in kindergarten. “I’d never heard it before.”

Makai’s parents said they joined thousands of others in rushing to the school as news blazed through this suburban community.

“We’re more messed up than they are,” Makai’s mother, Rocio, said as they walked to their car.

The shooting at the Highlands Ranch charter school is the latest at an educational institution, rattling communities nationwide because young people have been put in mortal danger in places long considered safe havens. One week earlier, a man with a pistol shot six people on the last day of spring classes at the University of North Carolina at Charlotte, killing two.

On Tuesday, as wave after wave of classes were released from the recreation center in Highlands Ranch, high schoolers began walking out in tears, reaching for their parents’ arms and hugging their teachers.